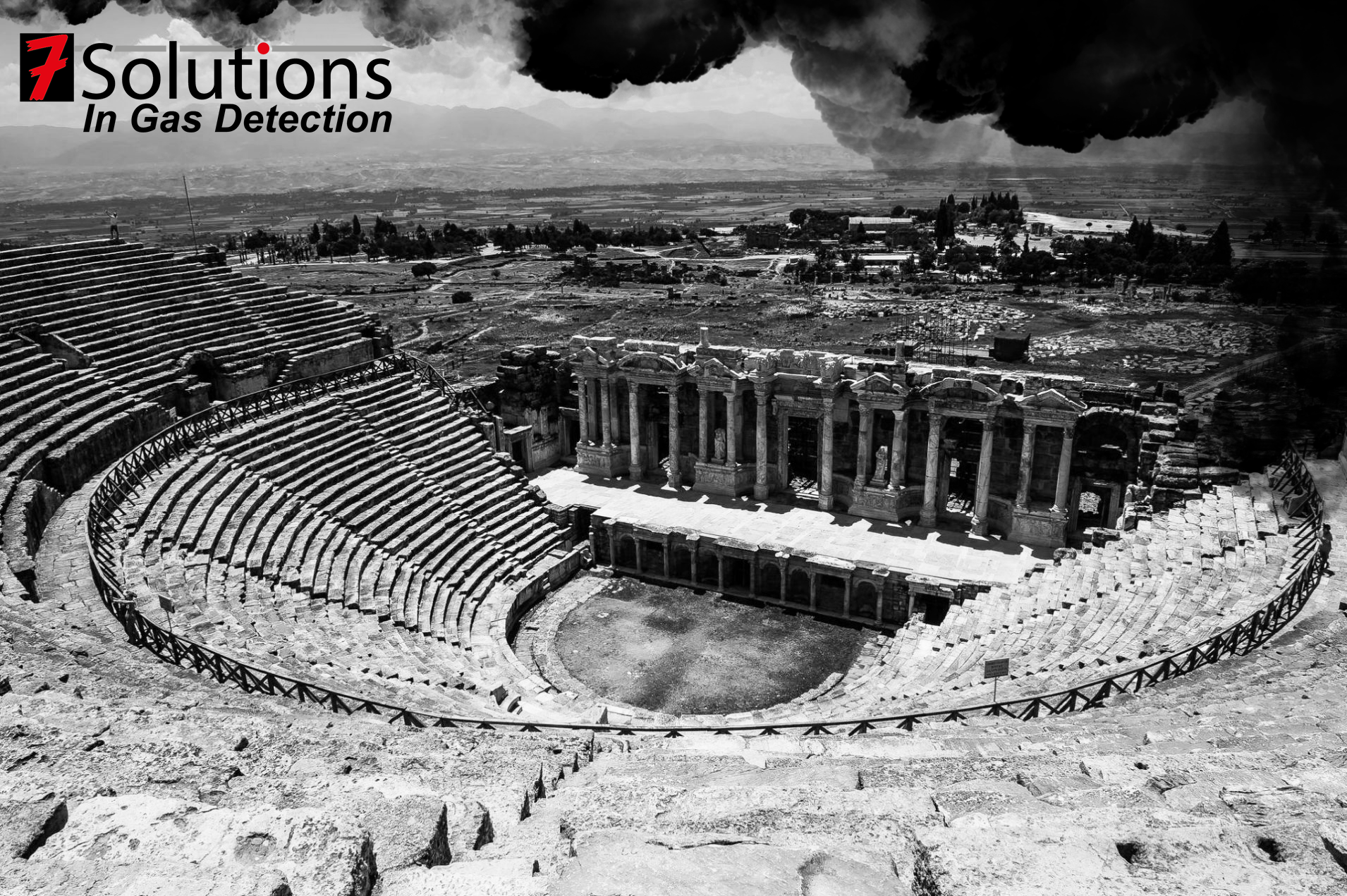 Secrets of gas detection: the gates of the underworld

Often gases are odourless and colourless. Of course, we have a few exceptions like Hydrogen Sulphide (H2S) and Ammonia (NH3). Ancient empires and their people tend to credit the phenomenon’s they can’t explain to their respective gods, like Zeus with his lighting. Since gases couldn’t be detected yet (and gas detection unfortunately wasn’t around) gas hazards were often credited to gods.

Shrines and temples were built in their honour around the places we consider dangerous today. For example:

In modern day Turkey you can find the ruins of Hierapolis, with the remaining foundations of the Temple of Apollo and the so-called ‘Gate to Hell’. Of course, this portal does not actually lead to the underworld, but the ancient Greeks believed it did.

Sacrifices were made to the god of the Underworld, Hades, who they believed resided there. Brave priests and heroes would venture inside, never to be seen again. The Romans, who later occupied this area, named it ‘The Plutonium’, after their god of souls and afterlife (Pluto).

Today, the subterranean entrance is closed off. Not to keep the underworld inside, but rather to keep unsuspecting visitors of the ruins outside. Not long ago two tourists died of Carbon Dioxide poisoning. The mystery all along was no god or underworld, but deadly fumes in the form of Carbon Dioxide, which rose through the rocks to the surface. The fumes can, apparently, still be heard. Bubbling through the undergrounds springs as they rise to the surface.

The ancient Greeks and Romans were not aware of the dangers of CO2 exposure, and 7Solutions in Gas Detection was not around yet! Luckily, we have various detectors to measure Carbon Dioxide, like the Analox AX60 and the ToxiRAE Pro CO2. In need of a customized gas detection advice? Do not hesitate to get in touch, or visit one of our 7Solutions premises in The Netherlands (Capelle a/d Ijssel), Belgium (Hoogstraten), Germany (Cologne and Hamburg) or Poland (Łódź).

CALIBRATE IN GAS DETECTION: The 7 * KEY * facts about the sense (and nonsense) of calibration [Gas meter]
Choices to be made in Gas Detection.
Contaminated instruments need service too