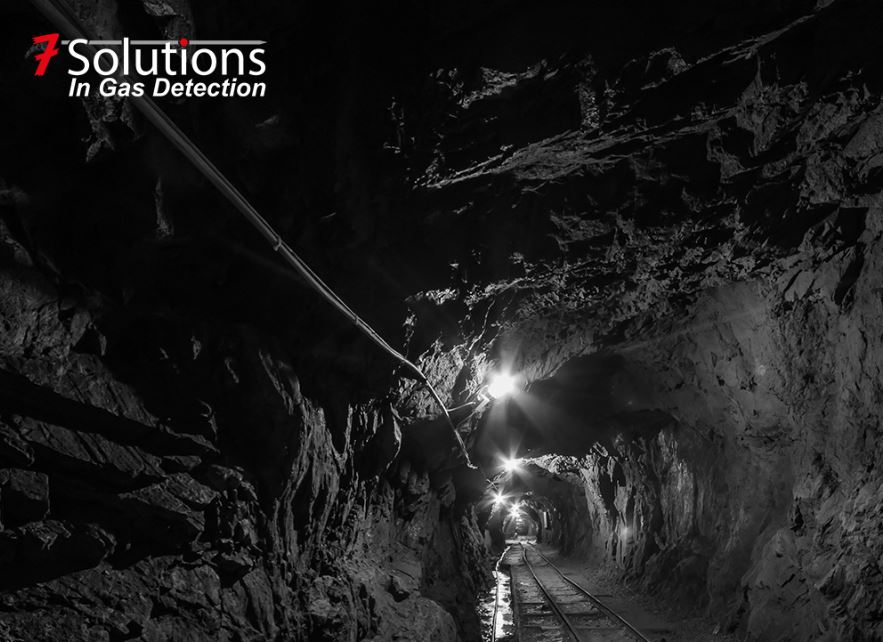 As humans, we have always used our wits and intelligence to survive. This makes us stand out from other species but also gives us the ability to keep ourselves and others safe.

In the field of gas detection, we are making an unknown threat known. We can’t just always trust our senses. So how did we get to the point that we can keep ourselves safe with detectors like the WatchGas QGM and the Industrial Scientific Ventis-Pro? For more information on us, get in touch! This email address is being protected from spambots. You need JavaScript enabled to view it. or fill out our contact form.

Let me take you down a short trip through the history of gas detection:

In the early 19th century we have the first recorded gas detector or gas tester. They enlisted a person to wear a wet blanket and carry a wick with the end lit on fire. They would move the lit wick along the walls of the mine, and if there was a pocket of methane gas, the wick would ignite. The damp blanket kept the tester safe most of the time. However, sometimes large pockets of methane caused the entire area to be engulfed in flames. When the mining industry realized that using humans as a portable gas leak detector was too dangerous, they sought other methods. Not very compliant with today’s standards regarding safety and occupational hygiene. 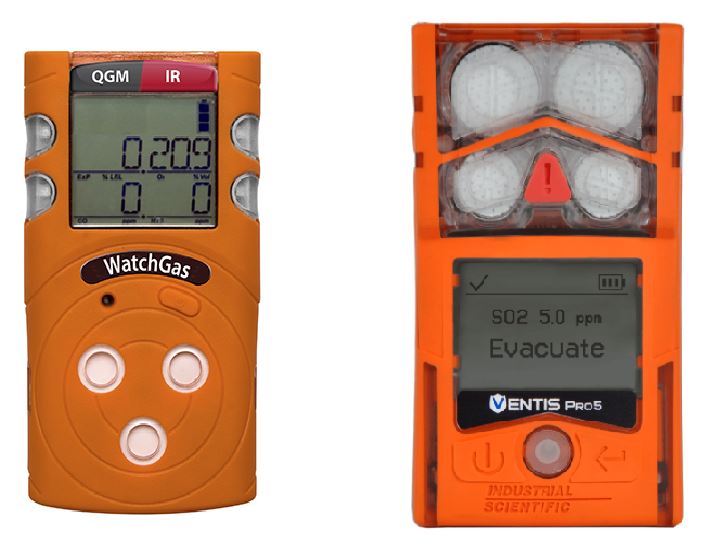 The next method involved canaries. The canaries were chosen because the part of their nervous system that controls breathing closely resembles that of humans. The canaries are also known for having a loud, melodious chirp. Miners would bring canaries in bird cages with them into the mine tunnels. They would check on the songbirds regularly. When a canary started shaking their cages or stopped singing, this signalled to minors that methane was present and they needed to evacuate the area immediately. This was already quite the improvement, but it was still very risky and could only indicate the presence of gas, not what type of gas was present.

The next innovation we discovered was the first portable detector that did not involve a living being. The flame safety lamp was invented by Sir Humphrey Davy in 1815. The lamp had an oil flame that could be adjusted to certain heights to freshen up the air. The flame was contained in a wire gauze sleeve. The wire gauze sleeve encapsulated the flame and absorbed heat. This prevented the heat from the flame from igniting the methane because it couldn’t propagate through the wire gauze to continue combustion. Miners would always start the flame in the middle of an area where fresh air was abundant. If the flame lowered or was starting to die out, miners knew the area lacked oxygen, since fire needs oxygen to stay alive. If the flame went higher, they knew the area contained both methane and oxygen because methane is highly reactive with oxygen. Many industries around the USA still use gas lamps to ensure the safety of their work environments today. 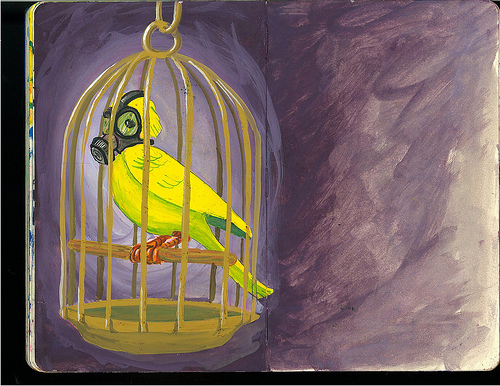 The modern era of gas detection

The modern era of gas detection started in 1926–1927 with the development of the catalytic combustion (LEL) sensor by Dr Oliver Johnson. Dr Johnson was an employee of the Standard Oil Company in California (now Chevron), he began to research and development on a method to detect combustible mixtures in the air to help prevent explosions in fuel storage tanks. A demonstration model was developed in 1926 and denoted as Model A. The first practical "electric vapor indicator" meter begun production in 1927 with the release of the Model B.

Before the development of electronic household carbon monoxide detectors in the 1980s and 1990s, carbon monoxide presence was detected with a chemically infused paper that turned brown when exposed to the gas. Since then, many electronic technologies and devices have been developed to detect, monitor, and alert the leak of a wide array of gases.

As the cost and performance of electronic gas sensors improved, they have been incorporated into a wider range of systems. Their use in automobiles was initially for engine emissions control, but now gas sensors may also be used to ensure passenger comfort and safety. Carbon dioxide sensors are being installed into buildings as part of demand-controlled ventilation systems. Sophisticated gas sensor systems are being researched for use in medical diagnostic, monitoring, and treatment systems, well beyond their initial use in operating rooms. Gas monitors and alarms for carbon monoxide and other harmful gases are increasingly available for office and domestic use and are becoming legally required in the Netherlands.

Tubes: Old-fashioned or extremely useful from time to time?

And still, we keep innovating, many gasses are detectable with electrical components like VOC’s with a PID and hydrocarbons and CO2 with an infrared sensor. This is a wild guess, but I think we still can’t even detect half of the existing gasses with a sensor. For gasses we cannot detect with a portable or fixed system we can always use tubes. While they look quite old fashioned, the tubes are incredibly for gasses that are hard to detect with a sensor. Or they have a lot of cross-sensitivity. The human component in the measurement can guarantee that they are used the way they are meant to be used. Tubes don’t have to be calibrated, gas detection has to calibrated to function properly!

Did I miss any parts in the history of gas detection? Please let me know! Get in touch with us: This email address is being protected from spambots. You need JavaScript enabled to view it. or fill out our contact form. One of our professionals gets back to you as soon as possible.

CALIBRATE IN GAS DETECTION: The 7 * KEY * facts about the sense (and nonsense) of calibration [Gas meter]
Choices to be made in Gas Detection.
Contaminated instruments need service too